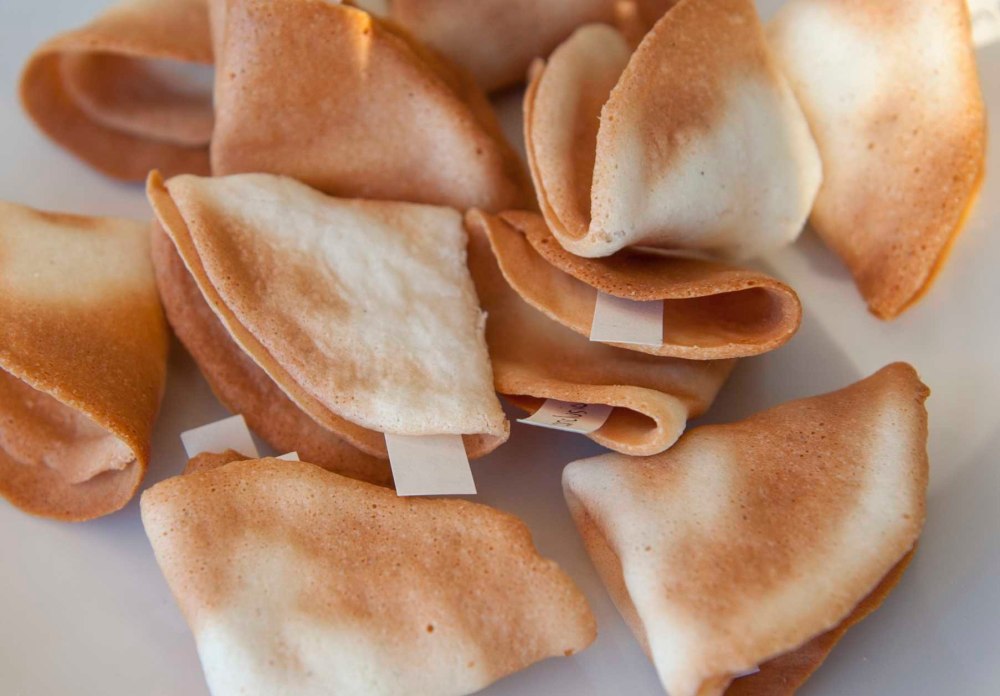 RECIPE: In recognition of Chinese New Year I decided to make fortune cookies. The execution of the recipe was harder than expected, and I had insufficient imagination to come up with my own fortunes, instead using fortunes off the internet that appealed to me 🙂

COMPONENTS: The mixture was easy to prepare. I only needed a hand whisk to beat the egg white. I wasn’t able to get the batter to spread properly on the tray and it took ages, so I ended up using the back of the teaspoon to spread it in a circle for baking.

ASSEMBLY: I baked two at a time on baking paper. By the time I removed them from the baking paper they were usually too brittle (especially the second one) and cracked when I folded them. I found the best result was gained by cooking them, taking them out of the oven and allowing them to cool enough to remove them from the baking sheet (to which they were stuck a little while hot), then returning them to the oven briefly. I removed one at a time once warm again, and added the fortune and folds before doing the other one.

IMPRESSION: I had expected these to be quick, but because I could only make two at a time, it took a while to finish. They taste just like the ones you get in Chinese restaurants, and they look right, so I guess I’ve done okay!

Recipe from Aleta on Allrecipes Australia